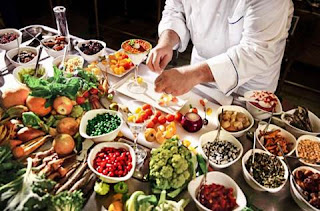 Luxury cruise line Silversea is serving up a new menu of 2018 and 2019 Enriched Voyages featuring enhanced onboard enrichment with a culinary or wine theme, including five sailings developed in partnership with The Peninsula Hotels.

"Our culinary and wine Enriched Voyages are a wonderful way to blend together fascinating destinations with a generous serving of cooking events and demonstrations designed to entertain and enlighten," said Rudi Scholdis, Silversea's culinary director.

THE ASIAN COLLECTION
Exclusive voyages offering a culinary exploration of this enchanting continent enhanced by the insider knowledge of the prestigious Peninsula Hotels. Guest chefs from The Peninsula Hotels will share their expertise with guests, providing a truly immersive gastronomic and cultural experience of the Far East. Here's a snapshot of the journeys: