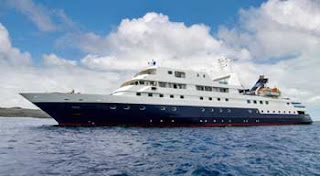 For the second week in a row Celebrity Cruises has been forced to cancel a Celebrity Xpedition sailing, this one scheduled to depart on June 9.

As we reported last week, the June 2nd cruise was also cancelled when the line ran afoul of the Galapagos National Park, which cited Celebrity Xpedition for the transportation and storage of 12 kilograms of frozen lobster tails in the Galapagos while the crustaceans were out of season. Because of this, Celebrity Xpedition’s license—mandatory for entry into the Galapagos National Park—has been suspended for 45 days by the local authority. It seems that the lobsters were legally purchased from certified local sources while in season and the dispute came about due to a new regulation requiring that all lobsters be consumed within five days of the end of season. Apparently the regulation was enacted on March 11th, but not published until April 22nd, and caught Celebrity Cruises unaware.

Passengers booked on the June 9th sailing will receive a full refund of their fare and a 25 percent future cruise credit for a Celebrity Xpedition cruise valid for two years. Celebrity will also issue refunds for airfare purchased through the line and reimburse change fees incurred by passengers who purchased airfare on their own.

Celebrity Cruises hopes to work with the Galapagos National Park authorities to lift the ban and restore its license before it is necessary to cancel more voyages.