River Venture Visits Ports of Call on the River Seine

Aboard Vantage Deluxe World Travel’s River Venture for its 4-night inaugural sailing from Paris on the River Seine, we got a taste of French river cruising and long for more.

Sightseeing tours are included in the fare and aren’t limited to walking around with a guide pointing out the sights. Some of our tours were on foot, but the guides took the time to offer historical facts and insight into what we were seeing and to answer questions. Utilizing a receiver and headphone system, passengers were able to hear guides quite clearly. 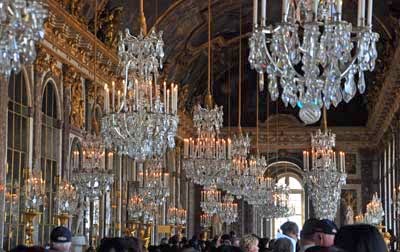 Our first stop after departing Paris was Conflans, where we boarded coaches for a visit to Versailles and the magnificent palace of the Sun King, Louis XIV. Our guide prepared us for what we would see during the drive, but words simply cannot describe the opulence of the Hall of Mirrors. After touring the royal apartments of the palace we spent a short time outside in the lush gardens.

Back on board, River Venture sailed all afternoon, which was something Mel looked forward to—seeing the sights along the riverbanks as well as the workings of the various locks along the river from a comfortable chair on the Sun Deck. A surprise awaited upon arrival at our next stop, Vernon in the Normandy region. For her inaugural visit, the River Venture and her passengers were greeted with a fireworks display that would rival any that we’ve seen on the Fourth of July back home. 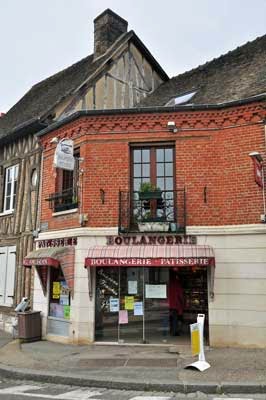 Bright and early the next morning we once again boarded coaches for the drive to Les Andelys where we stopped high above the Seine at the ruins of the castle of Richard the Lionhearted. The history of the Normandy region of France is linked to Great Britain and before that, the Vikings. Most passengers chose to walk downhill from the castle to the village. Those of us who are less sure-footed took the coaches down and wandered the cobblestone streets, stopping in art galleries, coffee shops, and boutiques housed in half-timber buildings. A bakery served up delicious chocolate croissants.

Back in Vernon, our guides led us on walking tours of the walled medieval sections of town before we departed for our return to Paris. 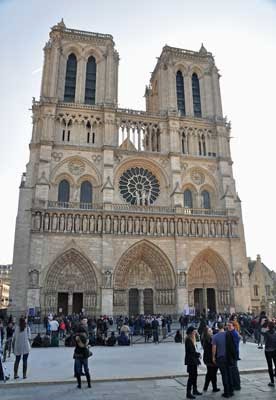 Ah, Paris in the springtime. We were blessed with beautiful weather—sunny and mild—for our tour of the city by coach. We drove along the Champs-Élysées and passed all the important sites, such as the Arc de Triomphe, the Louvres, and Les Invalides, the Military Museum and Tomb of Napoleon. A photo stop at the Eiffel Tower was followed by a longer stop at Notre Dame where we had nearly an hour to explore the cathedral and its surroundings at leisure. Mel and I once again craved chocolate, this time a chocolate crepe prepared by a vendor on the sidewalk in the shadow of Notre Dame. Some passengers opted to return to River Venture at the conclusion of the tour and others stayed in the city to explore further on their own during our free afternoon.

With our cruise aboard River Venture drawing to a close, our final tour was to Paradis Latin—the theater designed by Gustave Eiffel—for dinner and a French cabaret show. Performances by singers, dancers (some of them topless), an aerialist, and a juggler were a delight. The highlight, of course, was an authentic can-can. While Paradis Latin isn’t an included tour, it can be purchased as an add-on and was well worth it.

While our cruise was short, Vantage offers itineraries ranging in length from 12 to 22 days from Paris south to the French Riviera and north to Honfleur and the Normandy Beaches.