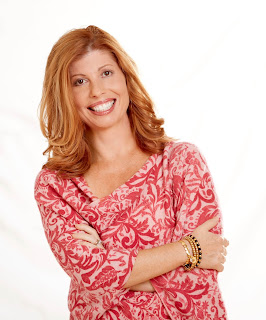 Longtime member of the Oceania Cruises family, Claudine Pépin will serve as godmother for Sirena at the ship’s christening ceremony in Barcelona on April 27, 2016. Claudine’s father, legendary master chef Jacques Pépin, has been Oceania Cruises’ Executive Culinary Director since the line’s inception. Jacques’ involvement with the line has blossomed into a family affair, with Claudine joining him on Oceania Cruises’ annual Jacques Pépin Cruise to co-host special culinary events and cooking demonstrations.

A cookbook author and regular co-host on Jacques’ PBS show “Heart and Soul in the Kitchen,” Claudine will officially christen Sirena by breaking a bottle of champagne against the ship’s hull during an intimate pier-side celebration in Barcelona. Following the ceremony, she will sail on Sirena’s maiden voyage with her father, mother, husband, and 12-year-old daughter, Shorey. During the maiden voyage, Claudine will interact with guests at cooking demonstrations and book signing events which will take place throughout the cruise. All guests booked on the maiden voyage will receive a complimentary copy of Claudine’s cookbook, Let’s Cook French, which was published earlier this year and pays homage to French-style family home cooking.

“It’s truly an honor to be Sirena’s godmother, and to celebrate its christening and maiden voyage with my entire family,” said Claudine. “We’ll be cooking together, enjoying delicious food—and, of course, laughing as much as possible. It will be a pleasure to share this special experience with all guests aboard Sirena.”

Many culinary fans have watched Claudine and her father prepare classic French dishes on the James Beard award-winning series “Jacques Pépin’s Kitchen: Cooking With Claudine,” “Jacques Pépin’s Kitchen: Encore with Claudine,” and “Jacques Pépin Celebrates.” Earlier in her career, Claudine served as brand ambassador for Moët & Chandon and Dom Pérignon Champagne in New York while teaching food and wine pairing at the French Culinary Institute (now the International Culinary Center) and the Sommelier Society in New York. In 2002, Claudine was named Woman of the Year by the Académie Culinaire de France—Filiale des Etats-Unis.

Offering the finest cuisine at sea, the 684-passenger Sirena will offer diverse and destination-rich itineraries appealing to both seasoned world travelers and passionate cruisers who crave a more intimate and luxurious cruise experience. Before entering service on April 27, 2016, the ship will be elevated to Oceania Cruises’ standard of elegance by undergoing a 35-day, $40 million refurbishment, using the recent makeover of Insignia as a blueprint. The maiden voyage for Sirena will be a 14-night cruise from Barcelona to Venice. During its inaugural season, the ship will sail on Mediterranean and Caribbean itineraries featuring a mix of classic destinations and exotic new ports of call.

Among its elegant offerings are two specialty restaurants, a brand new concept restaurant called Tuscan Steak and the beloved guest favorite from Marina and Riviera, Red Ginger. Also debuting on Sirena is Jacques Bistro, a new gourmet lunch experience at the Grand Dining Room which features some of legendary chef Jacques Pépin’s signature dishes. Sirena will also feature more recent additions to the Oceania Cruises fleet such as Baristas and the cook-to-order grill at Terrace Café.